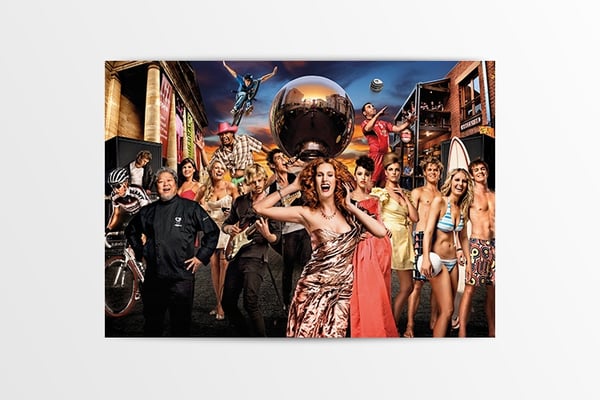 Creating a modern day blog is much easier now in 2015 than it was back in 2010, but this did not stop The Kingdom team producing the engine behind the Glam Adelaide website, along with a remarkable hero shot.

The quality of this work saw it nominated as a finalist at the AADC Awards in 2010.

The photo has 23 people all shot in studio.

We wanted to represent Adelaide in a different way, so we pulled together a range of interesting icons in this memorable photo shoot.

The WordPress website was hand-coded by Adam Steinhardt in a project which has stood the test of time, and still stands today.