Adelaide Airport Buy Before You Fly 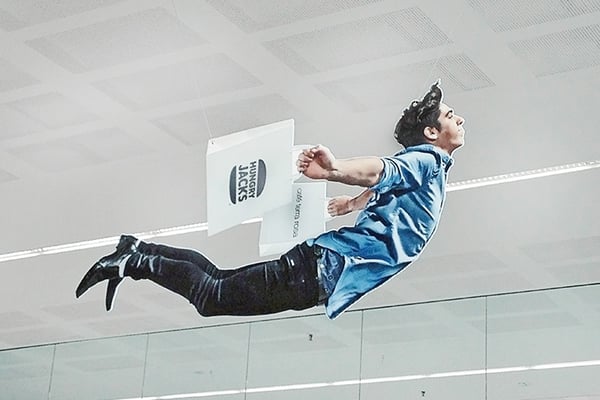 A 3D canvas allowed for a great way to show off that shopping is taking off at the Adelaide Airport. The idea of hanging bag clutching shoppers from the ceiling provided a unique billboard to remind shoppers of the fantastic retail experience that is Australia’s award winning Adelaide Airport.

Working with such a high ceiling in this gorgeous building gave us a great platform to simulate people to buy before they fly.