4 Steps To Combat The Social Troll For all the good publicity and happy, generous customers willing to shout your prowess from the rooftops- there is always, at least, one troll.

Lurking under the bridge, lulling you into a false sense of safety. They fire out at the most unexpected moments, with acid-tongued barbs. Just like the proverbial billy goat’s reaction, the urge to run and hide is high.

Yet this is not the answer. It’s kind of exactly what they are looking for. A response to their anger and (often) bullying is not best handled by silence. No matter what your business or your social presence, we have each experienced something like this before.

It’s the nature of anonymity which is so wonderful and so creepy at the same time.

We’ve forgotten how to openly approach a problem without lashing out. Hiding behind the safety of the keyboard. It’s not necessarily entirely bad either. Sometimes it’s the only way to actually contact a company about an issue.

Well, if it all seems a bit too much, Aunty Zaahnzibar is here to help.

First of all, you need to chill out. It’s a perfectly normal, human reaction to get into a rage about a rude or offensive comment. After all, we put everything we have into the success of a business. It can feel like a personal attack when someone disses your product or values. Sometimes it is a personal attack. The point is, you have to react coolly, no matter how unfair or frustrating it may seem.

Establish whether it is a legitimate complaint. Check the history of the person. Have they made similar digs before or at another company in your industry? Are you dealing in a controversial industry? Asking yourself these questions will help you establish the best course of action.

Is the disgruntled troll actually a consumer with a legitimate point?

Can you answer their concerns? Think about it from an inbound marketing perspective. Why isn’t your website providing them with the answers to their problems? It might be a good incentive for an audit.

So you have calmed down.  You've checked to see if there is an existing problem or answer to their issue; it’s time to engage. Either direct your hater to the appropriate answers page or create one. Once you've done this, engage with them both publicly and personally.

If they have put their negative comment out in the public sphere, respond in kind.

Send them a public message promising to look into or address the issue. Then follow up with a private message, expounding on your public message. Use clear, concise and deliberate words and tones. This is so as not to be misinterpreted and further raise your troll’s ire.

The tone of your language here is key, as outlined in the next step. You need to placate, not infuriate!

A consumer will never forget a casual brush off. It’s demeaning and fosters feelings of unworthiness, rage and helplessness. Not ideal in today’s market. Look at a recent social campaign that went very, very badly for an Australian condom company. The company created an, umm, interesting social media ad campaign.

They created profiles on Tinder, of a young male and female named Aydes and Aidy. Essentially they were making light of AIDS. In the process, they were trying to promote condoms for protection against STDs, particularly focussing on HIV and AIDs for this campaign.

To say it was badly received may be the understatement of the year.

It was a risky venture in the first place. However, what really set this fire racing and provoked an en masse pouring out of social outrage was the company's reaction. They responded in a sarcastic and even angry manner. In fact taking making more jokes about a devastating and life-threateningly serious situation. The negativity of their campaign and the public backlash has (excuse the pun) gone viral.

A simple apology and a humble attempt to explain could have mitigated this situation. It was the dismissive reaction from the company and their distinct lack of empathy that really did the damage.

Will this sell more condoms? Possibly, but a lot of consumers and charity bodies won't be willing to support them after their churlish response. May we all learn a lesson from this incident.

Followed all these steps and still getting grief? You've attempted to positively engage with your troll? They are refusing your courtesy and determined to keep up the abuse?

Take a lesson from the last billy goat's gruff and head butt them off the bridge. It’s time to click and delete. Block that troll. Whether it’s for your own business or you are performing it on behalf of a client, you need to set a limit on your time. Not only is this vital for saving you a literal time waster but you can only devote so much energy to an angry troll. Sometimes, they just want to do harm and you need to have a cut-off point and end the interaction.

Think like the billy goat and don’t put up with their belligerence.

Follow these tips to a sweet tweet spot for you and your customers. And remember- sometimes you've just got to stick to your guns. Don't let that troll get you down. Everyone cops it on social.  It's how you handle the situation with dignity and respect that stands you out from the rest.

If you think your website is past due for an audit, check out our free Inbound Marketing Assessment here to get up to date for your customers. Happy tweeting! 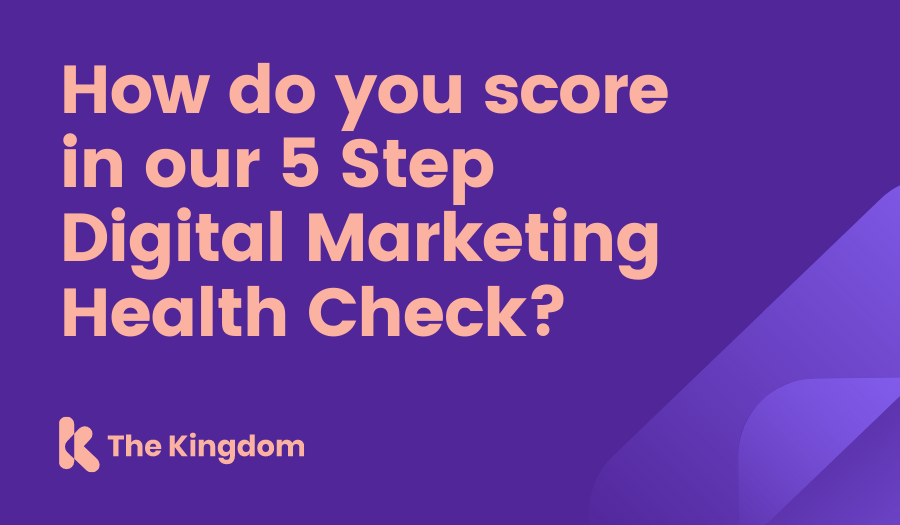 How do you score in our 5 Step Digital Marketing ...

Digital Marketing is going nuts around you. Is your business making the most of it? For example, we at The Kingdom ...

Chances are you have been seeing lots of videos popping up in your Facebook Feed lately. What is it all about? Well, ...

Sales Inspiration: Are Your Staff as Good as Your ...

How would you rate the first touch with your organisation after a prospect has researched you on the Internet? Is ...