Humour Can Change The Way Prospects See Your Business

Is humour the way to a customer’s heart?

Some businesses might see this as a challenge, especially if you deem yourself as ‘serious’, but there is always a way to utilise humour and the Western Australia Police have given the best example of that. When we think of the police we often think of sad and unpleasant stories or get angry at them for the parking fine we got. We don’t normally think of the police and feel that we ‘engage’ with them on a personal level.

This is why a recent post on their Facebook page garnished over 100,000 likes. It was shared and commented on hundreds of times and the Western Australia Police had instant connection and rapport through humour.

What did they do? They capitalized on something topical and added their own twist to it.

Everyone was talking about the new Cadbury and Vegemite chocolate, so they took a photo of the chocolate with their lego police play set and posted the following:

WA Police are currently investigating a suspicious package that was left at Police HQ this morning. Forensic officers are currently testing the contents of the package, however, it is yet to be determined whether the two key substances are unstable when combined.

Seen in a New LightThousands of people now view the police in a new light from that one Facebook post, they realised that they are ‘real’ people too.

This was such a strong post and the WA Police have continued to include humour when they can. It’s all about engaging with your customers, and in this example for the WA Police, it’s about gaining respect from the community and they managed to do that.

Whether it’s on social media, in a client meeting or at a function, try and add an element of being ‘real’ in there, try utilising humour where you can. Don’t google the top 10 jokes of all time and write them on cue cards, or ripping out Dad joke after Dad joke ... just keep it REAL.

If you want to learn how to turn your Facebook Likes into customers read here. 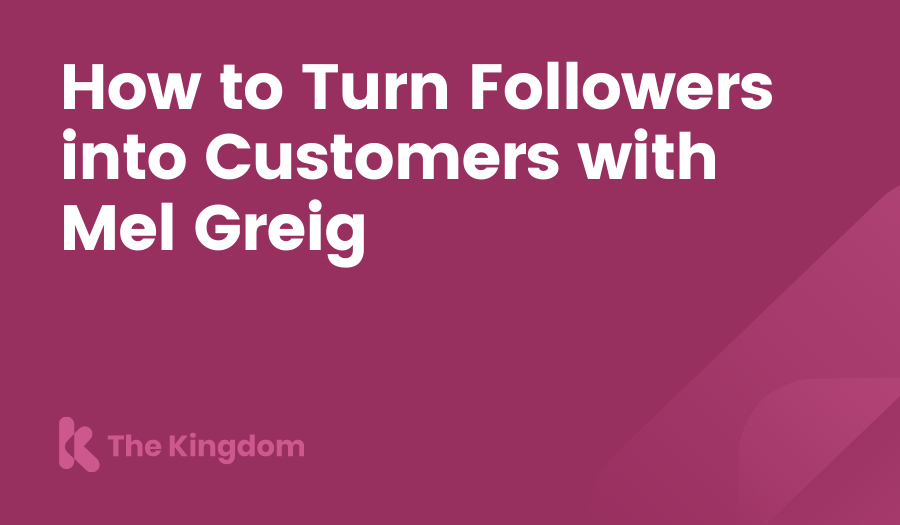 Training Services
How to Turn Followers into Customers with Mel ...

Followers can be worth cash, big money, but only if you do it right. For example; ex Reality TV stars from shows such ...

Training Services
Why is a celebrity about to spend $1.8 million on ...

There are two things wrong with this headline. Actually 3, if we throw in the complete jealousy I have for the person ...

As marketing and advertising have converged it has gotten harder and harder to keep up with the latest trends. It's a ...