A two-time Commonwealth Games Pole Vaulter in the 90's. As the Founder of Next Byte, he created from scratch a $70 million Apple Reseller in just ten years. Once ranking 13th in the BRW Top 100, in 2000's.

Book An Entertaining Speaker For your Next Event

Adam Steinhardt is the founder of The Kingdom, The 2015 International HubSpot Partner of the Year.

A two-time Commonwealth Games Pole Vaulter in the 90's. As the Founder of Next Byte, he created from scratch a $70 million Apple Reseller in just ten years. Once ranking 13th in the BRW Top 100, in 2000's.

He is now the Chief Executive Officer of the fastest growing HubSpot Diamond Partner in Asia Pac - The Kingdom.

Adam presents a dynamic content marketing, social selling and inbound sales experience propelling you into the future of digital marketing.

Fast talking, insightful and at times confronting, this is the adrenaline-stimulating roller coaster you just have to ride.

Fast-paced and intriguing this presentation matches the intensity of a former elite athlete, with years of cutting marketing from Australia's leading inbound marketing specialist.

Sales and Marketing Like You've Never Heard it Before

Sales and marketing have changed in the last decade. Complacent salespeople and marketers are acting like the Internet never happened, like they still hold all the knowledge.

The fact is, business has changed drastically in the past 10 years. Now, your customers and prospects are learning almost everything they need to know about your product before ever reaching out to you. Have you adapted

It was so wonderful to meet with you today.Your personality is infectious which was just what was needed….your presentation was excellent with lots of insights and energy….even without the slides! I’ll be building my pyramid one block at the time as you suggested to get to my “non-for profit shared working space” going national!Samantha Glastonbury - Sales and Marketing Consultant

Learn how to elevate your sales and support your business goals from one of the best – The Kingdom's own CEO, Adam Steinhardt. 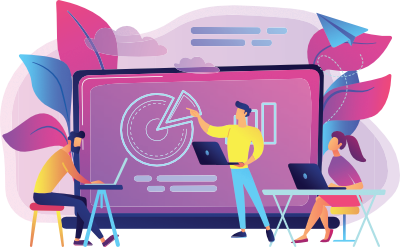 Adam Steinhardt has competed as a internationally-ranked pole vaulter and co-founded a multi-million dollar Apple Reseller, Next Byte, before he found the perfect combination of his passions in digital sales and inbound marketing.

Adam first honed his competitive drive as an internationally-ranked pole vaulter, representing Australia at the Commonwealth Games in the 90s. In 1996, as he was training to make the '96 Olympics, Adam started Next Byte, which quickly became Australia's biggest Apple Reseller.

As Next Byte's Managing Director and Director of Sales and Marketing, Adam trained and educated the team as if they were Olympic athletes. Igniting growth with up to four training sessions a week, he quickly led Next Byte to a $70 million turnover business. By 2001, Next Byte was 13th in the BRW Fast 100.

Working closely with the Apple Executive team through the tumultuous 90's and the Steve Jobs-led comeback, he experienced first-hand the explosion of the iMac, iPod and the Apple "Think Different" campaign. After ten years, Adam moved on from Next Byte. At the time of departure, the company had 16 retail locations Australia-wide and 140 staff. Next Byte was Apple's most lauded reseller.

Adam then founded The Kingdom, an Adelaide advertising agency in 2009. In 2015, The Kingdom pivoted to becoming an inbound marketing agency and a HubSpot Certified Partner.

In just 12 months as an inbound agency, The Kingdom became one of the fastest-growing of the 3000 HubSpot global partners. The Kingdom was the quickest partner ever to reach the Platinum HubSpot Certification in all of Asia-Pacific.

The Kingdom now has HubSpot clients in London, Los Angeles and all states of Australia and is in pursuit of becoming the fastest HubSpot Diamond Partner ever.

Since retiring from sports, Adam has coached an Australian Women's Beach Volleyball Team on the World Tour and a highly successful, multiple premiership-winning soccer team.

Adam is an expert in the convergence of Marketing and Technology with its impact on sales.

Learn how (un) conventional dating rituals can increase your lead conversion. Get taken to the pub and back with the trademark Ice Cream Marketing show that illuminates the power of content marketing.

Fast talking, insightful and at times confronting, this is the adrenaline-stimulating roller coaster you just have to ride.

With a delivery that is infused with the intensity of being an elite athlete, it's like stepping into a sales and marketing locker room before you go out and win the grand final.
- Zaahn JohnsonAdam is an accomplished Master of Ceremonies. He has interviewed Olympic Gold Medalists Steve Hooker and Glynis Nunn, as well as hosting a variety of events over a 20 year period. 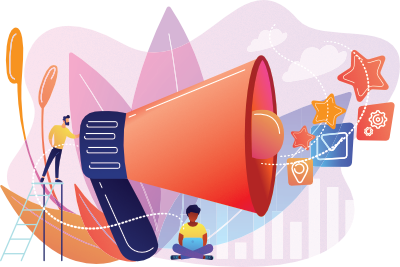 "Well presented and the future of Digital Marketing.  Keep up the great work - you are at the forefront of content and HubSpot marketing" -

"Dynamic and informative, I won't miss the next one" - Rebecca Dickens - ARO Education

"Thank you, for your time and presenting at the Transforming Business 2016 conference and doing it without a presentation slide, you blew the audience away with  an extremely informative and  powerful  presentation which was truly enjoyed by every attendee and a highlight of the conference. Using the Olympic Theme was great."  - Trevor - Conference Organiser.

If you would like to consider Adam, the next stage is to have a quick 15 minute introduction chat to see if there is a good fit. Please feel welcome to click below to get a time that suits.